Carsten Volz studied biology at the Technical University of Kaiserslautern and obtained his diploma in biology in 2004. In 2008, he earned his PhD (Dr. rer. nat.) in microbiology, also from the Technical University of Kaiserslautern. He worked as a microbiologist at the Test- and Research Institute Pirmasens (PFI) until 2009. A Postdoc period at the Department of Pharmaceutical Biotechnology at Saarland University was followed by his work as a microbiologist at the Micro & Molecular Biology Division of the United States Army Public Health Command Europe in Landstuhl. In 2012, he joined the Department of Microbial Natural Products at the HIPS as a scientist.

His research at MINS is mainly related to secondary metabolites of Myxobacteria. This extraordinary group of bacteria produces a vast number of secondary metabolites, often with exciting biological activities. Many of these compounds can potentially be developed into powerful drugs against a number of diseases. Nevertheless, biosynthesis of biologically active compounds is commonly subject to tight regulation on a transcriptional, translational and/or posttranslational level. Therefore, optimization of production in the natural producers is frequently antagonized or repressed. Carsten’s work indicates that this is mainly a consequence of unsuitable cultivation conditions and lacking stimuli, leading to limited production through the underlying regulatory networks. In this light, Carsten Volz focusses on both, studies of regulation of secondary metabolite production and the development of alternative cultivation strategies. 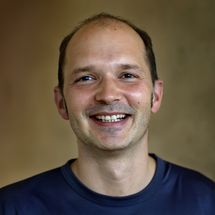