Claus-Michael Lehr is Professor at Saarland University as well as cofounder and head of the department “Drug Delivery” at the Helmholtz Institute for Pharmaceutical Research Saarland (HIPS). He has also been cofounder of Across Barriers GmbH and PharmBioTec GmbH

Claus-Michael Lehr’s research focus is on drug delivery across biological barriers, which involves advanced (nano-)carriers as well as human cell culture models of epithelial barriers (lung, gut, skin). He is co-editor of the European Journal of Pharmaceutics and Biopharmaceutics and has been the initiator of the International Conference on “Biological Barriers”, which takes place biennially at Saarland University. Since 2015, the British magazine “The Medicine Maker” has rated him three years in sequence as one of the top 100 most influencing drug researchers in the world. 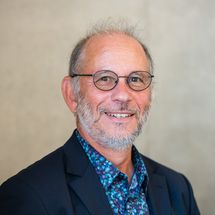