Alexander Titz studied chemistry at the Technical University Darmstadt and the University of Bordeaux I. For his diploma thesis, he moved to the Protein Structure Unit at Novartis Pharma in Basel. After receiving his doctorate from the University of Basel in 2008, covering the medicinal chemistry of carbohydrate-protein interactions, he conducted post-doctoral research at the Institute of Microbiology and Immunology at ETH Zürich (Swiss Federal Institute of Technology). In 2010, he was awarded the Klaus-Grohe Prize for medicinal chemistry of the GDCh.

After establishing a research group at the Zukunftskolleg of the University of Constance focusing on carbohydrate chemistry and inhibitors of bacterial biofilm formation, Alexander Titz has been head of the research group ‘Chemical Biology of Carbohydrates’ at the Helmholtz Institute for Pharmaceutical Research Saarland (HIPS), an outpost of the Helmholtz Centre for Infection Research, since 2013. His group is furthermore part of the German Centre for Infection Research (DZIF), a national association of the German Centres for Health Research. Alexander Titz is teaching at Saarland University since 2014 and has been appointed Juniorprofessor for Chemical Biology in 2018.
Since 2017, the research in the Titz lab is funded by an ERC starting grant of the European Research Council. In 2018, Alexander Titz was awarded the Innovation Award in Medical/Pharmaceutical Chemistry by the German Chemical Society and the German Pharmaceutical Society as well as the Prize for a Young Medicinal Chemist in Academia of the European Federation of Medicinal Chemistry (EFMC). In 2019, Alexander obtained a call for the professorship for Organic Chemistry at the University of Osnabrück. Since 2020, Alexander Titz holds a professorship for Organic and Pharmaceutical Chemistry at Saarland University.

Towards the sustainable discovery and development of new antibiotics

N-Acetylmuramic Acid (MurNAc) Auxotrophy of the Oral Pathogen Tannerella forsythia: Characterization of a MurNAc Kinase and Analysis of Its Role in Cell Wall Metabolism

An efficient synthesis of 1,6-anhydro-N-acetylmuramic acid from N-acetylglucosamine

Novel Strategies for the Treatment of Pseudomonas aeruginosa Infections

Conformational Constraints: Nature Does It Best with Sialyl Lewis x

Probing the carbohydrate recognition domain of E-selectin: the importance of the acid orientation in sLex mimetics

Is adamantane a suitable substituent to pre-organize the acid orientation in E-selectin antagonists?

Mimetics of Sialyl Lewis<sup>x</sup>: The Pre-Organization of the Carboxylic Acid is Essential for Binding to Selectins

A safe and convenient method for the preparation of triflyl azide, and its use in diazo transfer reactions to primary amines

Copper dipicolinates as peptidomimetic ligands for the Src SH2 domain 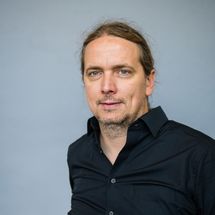