Rolf Müller studied pharmacy in Bonn, where he also obtained his PhD in 1994. After a two-year research scholarship at the University of Washington in Seattle, he became junior group leader at the Gesellschaft für Biotechnologische Forschung in Braunschweig. In 2003, he was appointed professor for Pharmaceutical Biotechnology at Saarland University. He became founding director of the new Helmholtz Institute for Pharmaceutical Research Saarland (HIPS) in 2009. Since then he is in charge of the HIPS management and leads the department for Microbial Natural Products. Rolf Müller is elected member of both acatech and Leopoldina as well as speaker of the research area “Novel Antibiotics” within the framework of the German Center for Infection Research (DZIF). In 2021, Rolf Müller was awarded the Gottfried Wilhelm Leibniz-Prize.

Expanding the knowledge around antitubercular 5-(2-aminothiazol-4-yl)isoxazole-3-carboxamides: Hit–to–lead optimization and release of a novel antitubercular chemotype via scaffold derivatization

Total synthesis of Myxoprincomide, a secondary metabolite from Myxococcus xanthus

Pharmacology and early ADMET data of corallopyronin A, a natural product with macrofilaricidal anti-wolbachial activity in filarial nematodes

Transferring Microclusters of P. aeruginosa Biofilms to the Air-Liquid Interface of Bronchial Epithelial Cells for Repeated Deposition of Aerosolized Tobramycin

Beyond the approved: target sites and inhibitors of bacterial RNA polymerase from bacteria and fungi

Towards the sustainable discovery and development of new antibiotics

Zebrafish: An Attractive Model to Study Staphylococcus aureus Infection and Its Use as a Drug Discovery Tool

Kibdelosporangium persicum sp. nov., a new member of the Actinomycetes from a hot desert in Iran

Semisynthesis and biological evaluation of amidochelocardin derivatives as broad-spectrum antibiotics

Characterization of bromelain indicates a molar excess of inhibitor vs. enzyme molecules, a Jacalin-like lectin and Maillard reaction products

Corallopyronin A for short-course anti-wolbachial, macrofilaricidal treatment of filarial infections

Production optimization and biosynthesis revision of corallopyronin A, a potent anti-filarial antibiotic

Characterization of an Unusual Glycerate Esterification Process in Vioprolide Biosynthesis

Concepts and Methods to Access Novel Antibiotics from Actinomycetes

Production of myxopyronin and of its derivatives

Total Biosynthesis of the Pyrrolo4,2benzodiazepine Scaffold Tomaymycin on an In Vitro Reconstituted NRPS System

Solving the puzzle of the one-carbon loss in ripostatin biosynthesis

International Journal of Systematic and Evolutionary Microbiology epub ahead of printDOI: 10.1099/ijsem.0.001655

Strategies for the discovery and development of new antibiotics from natural products: Three case studies

Structure and Substrate Recognition of the Bottromycin Maturation Enzyme BotP

Investigations to the antibacterial mechanism of action of kendomycin

Synthetic pathway enzymes for the production of Argyrins

Production of the bengamide class of marine natural products in myxobacteria: biosynthesis and structure-activity relationships

Macyranones: Structure, Biosynthesis, and Binding Mode of an Unprecedented Epoxyketone that Targets the 20S Proteasome

In Vitro reconstitution of α-Pyrone ring formation in myxopyronin biosynthesis

Synthesis and biological evaluation of cystobactamid 507: a bacterial topoisomerase inhibitor from Cystobacter sp

Albaflavenol B, a new sesquiterpene isolated from the terrestrial actinomycete, Streptomyces sp.

Disciformycins A and B: 12-membered macrolide glycoside antibiotics from the myxobacterium Pyxidicoccus fallax active against multiresistant staphylococci

Cystomanamides: structure and biosynthetic pathway of a family of glycosylated lipopeptides from myxobacteria

Secondary metabolomics: the impact of mass spectrometry-based approaches on the discovery and characterization of microbial natural products

Oleamycins A and B: new antibacterial cyclic hexadepsipeptides isolated from a terrestrial Streptomyces sp.

Microsclerodermins from terrestrial myxobacteria: An intriguing biosynthesis likely connected to a sponge symbiont

Discovery and biological activity of new chondramides from Chondromyces sp.

Oleaceran: A novel spiro[isobenzofuran-1,2'-naptho[1,8-bc]furan] isolated from a terrestrial Streptomyces sp

In vivo evidence for a prodrug activation mechanism during colibactin maturation

Rubimycinone A, a new anthraquinone from a terrestrial Streptomyces sp.

Juniperolide A: a new polyketide isolated from a terrestrial actinomycete, Streptomyces sp.

Leopolic acid A, isolated from a terrestrial actinomycete, Streptomyces sp.

Myxoprincomide: a natural product from Myxococcus xanthus discovered by comprehensive analysis of the secondary metabolome

Completing the puzzle of aurachin biosynthesis in Stigmatella aurantiaca Sg a15

AuaA, a membrane-bound farnesyltransferase from Stigmatella aurantiaca, catalyzes the prenylation of 2-methyl-4-hydroxyquinoline in the biosynthesis of aurachins

Biosynthesis of 2-alkyl-4(1H)-quinolones in Pseudomonas aeruginosa: potential for therapeutic interference with pathogenicity

Expanded phylogeny of myxobacteria and evidence for cultivation of the 'unculturables'

Functions of genes and enzymes involved in phenalinolactone biosynthesis

Progress in the chemistry of organic natural products

Synthesis and Biological Evaluation of Pretubulysin and Derivatives

Myxobacteria--'microbial factories' for the production of bioactive secondary metabolites

The biosynthetic potential of myxobacteria and their impact on drug discovery

Unusual chemistry in the biosynthesis of the antibiotic chondrochlorens

Production of the antifungal isochromanone ajudazols A and B in Chondromyces crocatus Cm c5: biosynthetic machinery and cytochrome P450 modifications

Discovering the Hidden Secondary Metabolome of Myxococcus xanthus: a Study of Intraspecific Diversity

From genetic diversity to metabolic unity: studies on the biosynthesis of aurafurones and aurafuron-like structures in myxobacteria and streptomycetes

SorF, a glycosyltransferase with promiscuous donor substrate specificity in vitro

Spiroketal polyketide formation in Sorangium: Identification and analysis of the biosynthetic gene cluster for the highly cytotoxic spirangienes

Metabolic physiology of Pseudomonas putida for heterologous production of myxochromide

On the biosynthetic origin of methoxymalonyl-acyl carrier protein, the substrate for incorporation of 'glycolate' units into ansamitocin and soraphen A

The impact of bacterial genomics on natural product research

A novel type of geosmin biosynthesis in myxobacteria

Structure and Biosynthesis of Myxochromides S1-3 in Stigmatella aurantiaca: Evidence for An Iterative Bacterial Type I Polyketide Synthase and for Module Skipping in Nonribosomal Peptide Biosynthesis

A novel biosynthetic pathway to isovaleryl-CoA in myxobacteria: The involvement of the mevalonate pathway

Identification and analysis of the core biosynthetic machinery of tubulysin, a potent cytotoxin with potential anticancer activity

Biosynthesis of volatiles by the myxobacterium Myxococcus xanthus

Myxobacteria: proficient producers of novel natural products with various biological activities - past and future biotechnological aspects with the focus on the genus Sorangium

Steroid biosynthesis in prokaryotes: identification of myxobacterial steroids and cloning of the first bacterial 2,3(S)-oxidosqualene cyclase from the myxobacterium Stigmatella aurantiaca

In vitro reconstitution of the myxochelin biosynthetic machinery of Stigmatella aurantiaca Sg a15: Biochemical characterization of a reductive release mechanism from nonribosomal peptide synthetases 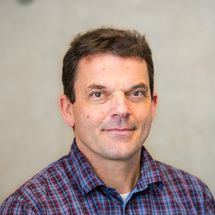