Olga Kalinina received a M.Sc. degree with distinction in mathematics from the Moscow State University in 2003 and a Ph.D. from the Engelhardt Institute for Molecular Biology of the Russian Academy of Sciences in 2007. She continued her research in bioinformatics as a postdoctoral fellow at the European Laboratory for Molecular Biology, for which she was awarded an EMBO Long Term Fellowship from the European Molecular Biology Organization, and later at the University of Heidelberg, working with Prof. Dr. Robert B. Russell (2007-2011). In 2012, she established her independent junior group at the Max Planck Institute for Informatics in the Department for Computational Biology and Applied Algorithmics lead by Prof. Dr. Dr. Thomas Lengauer, where she was researching resistance mechanisms in human viruses until 2018.

StructMAn: annotation of single-nucleotide polymorphisms in the structural context 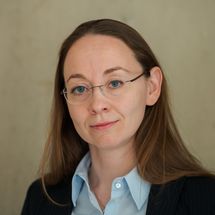