Mario Fares graduated with a BSc in Medical Laboratory Sciences from the University of Balamand in Beirut with an emphasis on Medical Bacteriology. He later pursued his MSc in Biotechnology at the University of Glasgow with an emphasis on bacterial genetic recombination. Afterwards, Mario decided to work as a research developer at the Biotechnology department of Benta Pharmaceutical Industries where he dealt with Circulating Tumor Cells and B-islet cell encapsulation for subcutaneous transplantation. Currently, he is pursuing his PhD at HIPS in the group Chemical Biology of Carbohydrates lead by his direct supervisor Prof. Dr. Titz, and will be in charge of elucidating the role of a newly characterized lectin in Enterobacter cloacae that is suspected to play a role in biofilm formation and infections in neonates and immunocompromised individuals. Also, he will be testing an antagonist to this lectin as a potential pathoblocker, and study its effects on the pathogenesis of Enterobacter cloacae. His work will be carried out in collaboration with Saarland University Hospital at the Institute of Medical Microbiology and Hygiene in Homburg under the co-supervision of Prof. Dr. Markus Bischoff and the partnership of Prof. Dr. Michael Zemlin as part of the interdisciplinary graduate school for drug research, UdS-HIPS TANDEM. 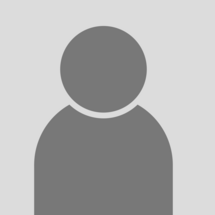