Sergi Herve Akone was born in Douala (Cameroon) and completed his MSc degree in Organic Chemistry working on Cameroonian medicinal plants at the University of Douala.  In 2012, he received a DAAD scholarship and moved to Germany at the Institute for Pharmaceutical Biology and Biotechnology at the University of Dusseldorf where he received his PhD in Pharmacy 2016. His PhD thesis was intitled « Secondary Metabolites from Fungi:  Strategies of Activation of Silent Biosynthetic Pathways, Structure Elucidation and Bioactivity » under the supervision of Prof Dr. Peter Proksch. He returned to Cameroon in 2016 as Senior Lecturer at the University of Douala.

In 2018, he returned to Germany as postdoc at the University of Dusseldorf and was awarded the same year, the AGNES (African Network of Excellence in Science) research grant. In 2019, he was awarded the Humboldt fellowship with Prof. Rolf Muller as host at the Helmholtz Institute for Pharmaceutical Research Saarland and started his project there since October 2019. His research focuses on the investigation of Cameroonian myxobacteria isolated from soil samples in the quest of new chemical entities against Mycobacterium tuberculosis. 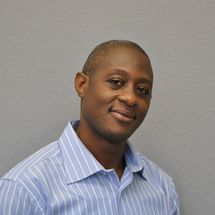