Joachim Hug received his Bachelor of Science in “Pharmaceutical Science” in 2012 and his Diplom-Pharmacy degree in 2015 for his diploma thesis “Enzymatic logic in biosynthesis of benzoxazole antibiotics” carried out at the University of Cambridge in Prof. Peter Leadlay’s laboratory, from the University of Freiburg. In 2016, he became a registered pharmacist and he started as a PhD student at HIPS in the department Microbial Natural Products under the supervision of Prof. Dr. Rolf Müller. At the same time, he started his postgraduate specialisation in Pharmaceutical Analysis and in 2017, he received a scholarship from the Boehringer Ingelheim Fonds. His research focuses on the biosynthesis of microbial natural products from myxobacteria with an emphasis on downregulated biosynthetic pathways.

Concepts and Methods to Access Novel Antibiotics from Actinomycetes 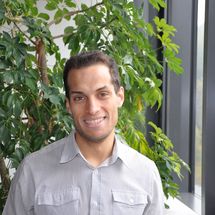