Feng Xie studied bioengineering from 2004-2008 at Anhui University in China. He received his Doctor's degree in biochemistry and molecular biology at University of Science and Technology of China in 2015. In 2015, he started new research career as a Postdoc at the Institute of Microbiology, Chinese Academy of Sciences. In 2017, he was sponsored by the China and Germany Postdoctoral Exchange Program and became a Postdoc fellow in the group of Professor Rolf Müller at the Helmholtz Institute for Pharmaceutical Research Saarland (HIPS), Germany. In 2019, he continued to work with Professor Müller as a postdoc researcher at the HIPS. Feng Xie's work mainly focuses on the genome mining, pathway characterization and synthetic biology for new active small molecules with state-of-art technologies. 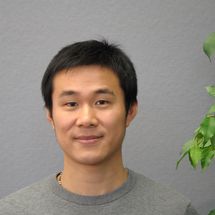